October 31, 2016 – At 22:46 the Schuylkill Haven Fire Department was dispatched to 1816 Long Run Road for a possible chimney fire. Chief 63-02 arrived on scene and advised of a smoke condition inside of the residence. Engine 63-17 and Engine 63-12 arrived simultaneously and began opening the walls behind the fire place.  A small fire was discovered and quickly extiguished. Ladder 63-25 placed a ground ladder and sent personnel to the roof to inspect the chimney. Chief 63-02 (Reed) had command. MLK Photos 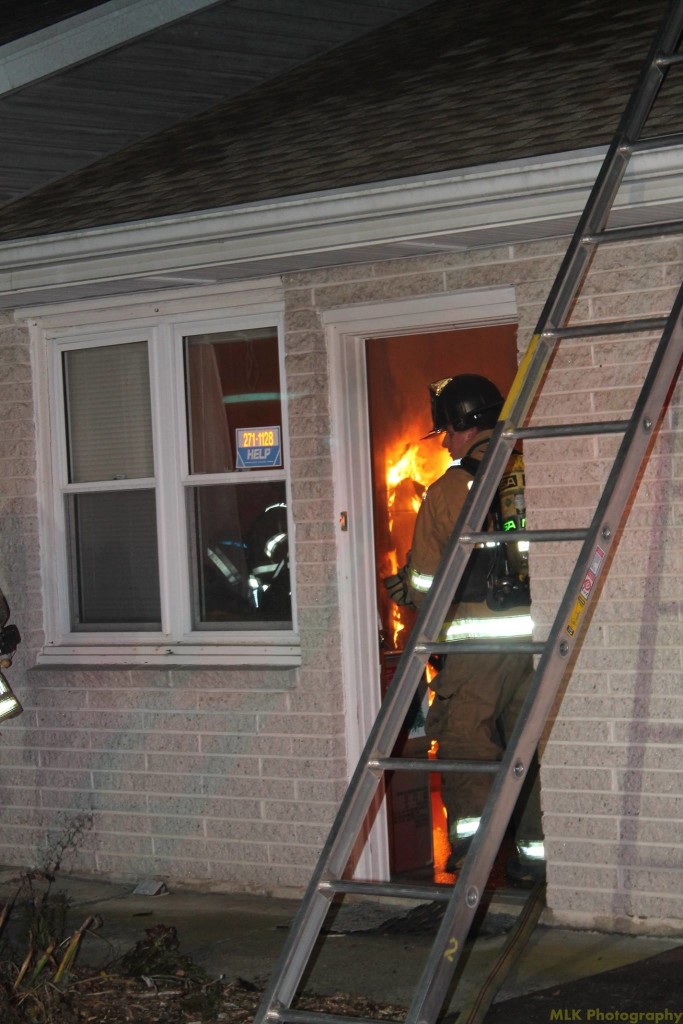 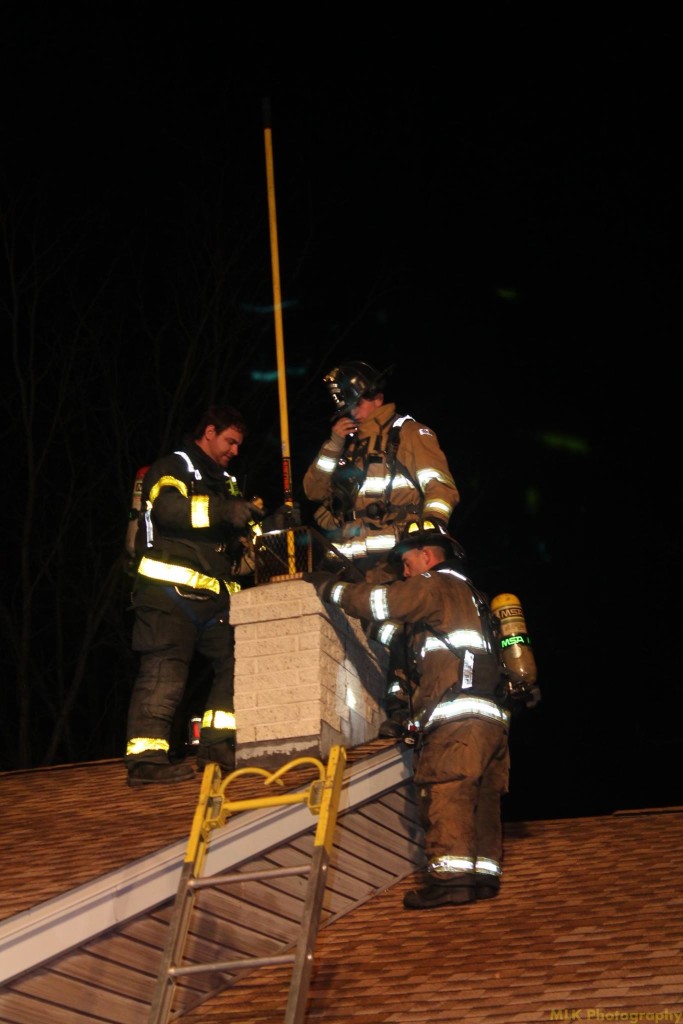